Vandalism on bathroom stalls and elsewhere in public restrooms are a traditional mix for every adolescent child, and even some adults who are still adolescent at heart. We certainly don't condone vandalism since it can certainly impact customer's perceptions of your bathroom and business.

However, every so often some really interesting things can be found among the scratches, sharpie marks and pen scribbles that can be found written to whoever finds it.

This list has been meticulously crafted through the standard metric of personal opinion and the finest research powered by Google. 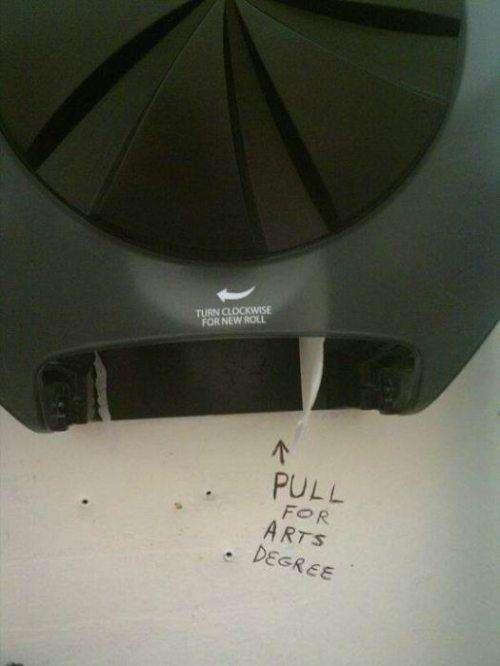 Now this isn’t really fair. There is a lot a person can do with an Arts degree. Isn’t there at least one Starbucks in every city? 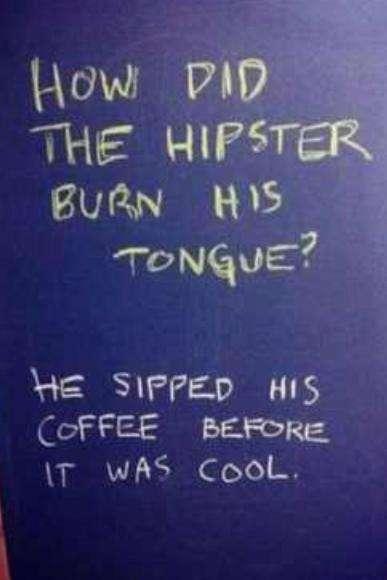 This joke is probably pretty well worn, but I had never heard it before. I literally laughed out loud. I don’t care if it’s bordering on Dad joke territory. 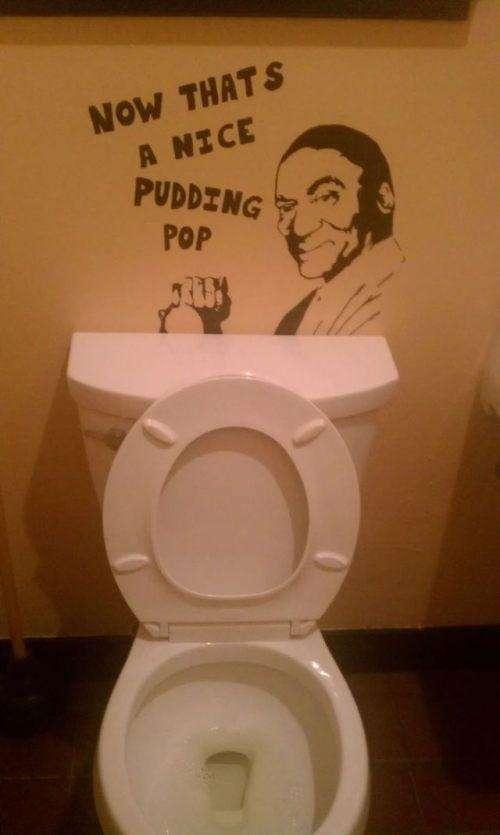 Bill Cosby. Admiring the fruits of your lavatory labor. Is it too soon for this to be funny? I don’t think so.

#7. This is one of the most polarizing statements ever 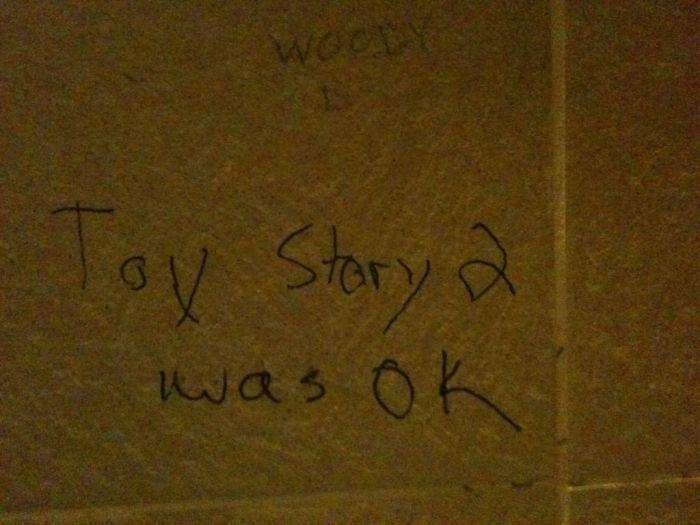 Some love it. Some don’t. I refuse to make my side known. 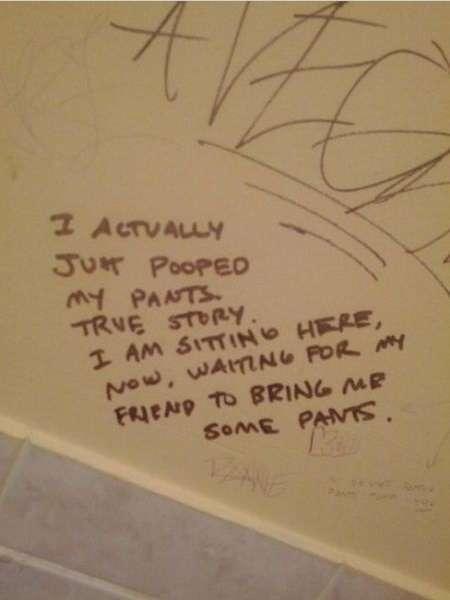 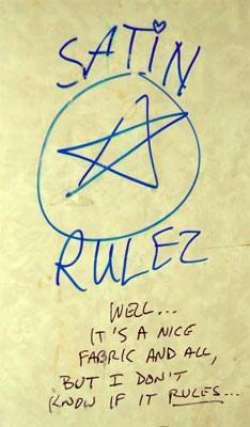 Satin is pretty great. Personally, I’m more of a crushed velvet man. To each their own. 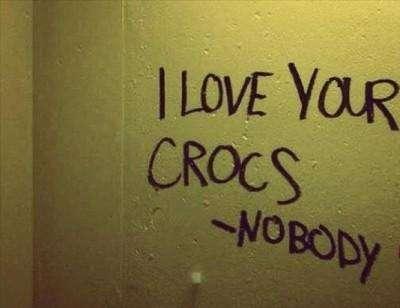 I never understood why Crocs became so ridiculously popular. It was like the entire nation played a practical joke on itself by deciding that it would be cool to wear the shoes your grandfather would wear when he’s completely given up on trying to look presentable. 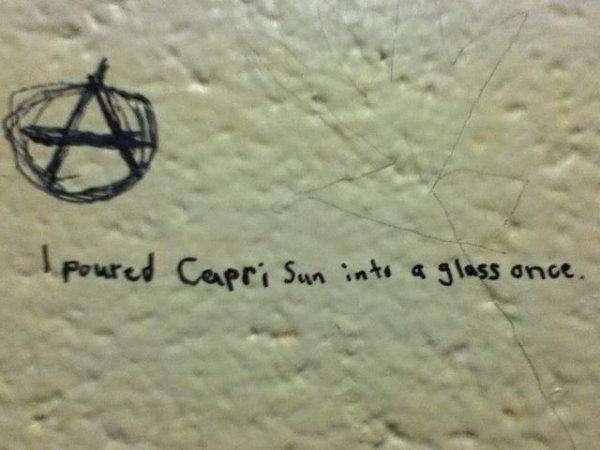 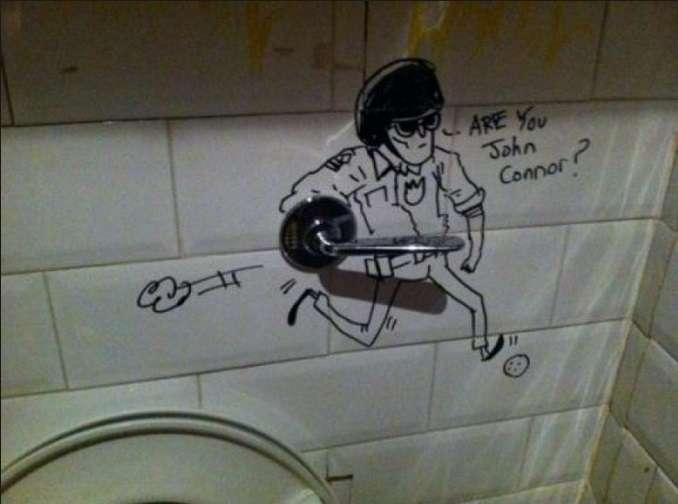 The artistic blend of T-1000 and grade school cartooning make for one awesome bathroom stall. I would personally flush with my foot, just to pretend to be The Terminator kicking T-1000 into a vat of molten steel.

#1. It Happens to Everyone 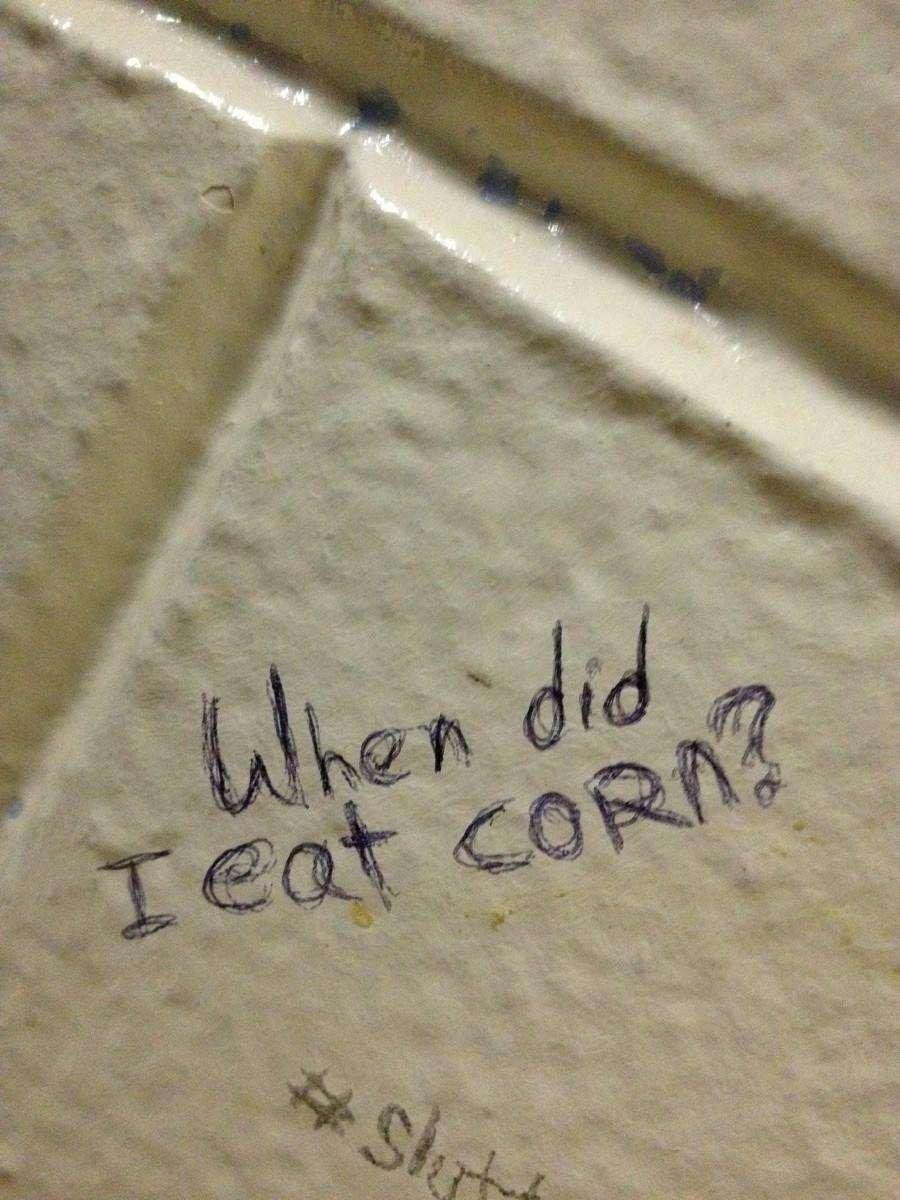 This has happened to everyone at some point. You go. You look. You don’t remember eating something you saw. It can be a very introspective reflection into the current state of your life.

Even though it’s illegal and often just offensive, public bathroom vandalism is a part of what makes America the nation it is. We have the right to say whatever we want. Even if it’s terrible, stupid, or terribly stupid. These vandals are true patriots.

Have you seen even uh.."better" bathroom graffiti? Please share!
**We of course don't condone vandalizing bathroom partitions and we're here for you if you need to replace your toilet partitions.

While we were putting together this top ten list we spotted some additional runners up: 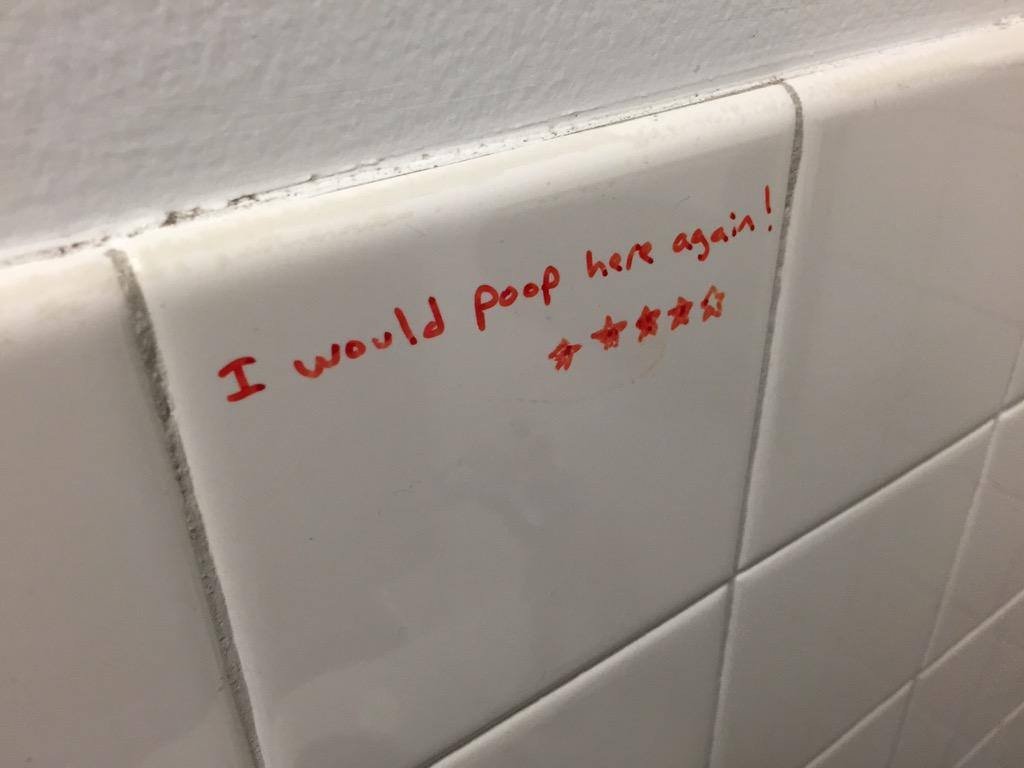 Credit to Raymond Wong for spotting this beaut in the wild.

I wonder what that last 1/2 star represents...maybe supplying 2 ply?

It's official, toilet humor has always been with us as the human species. This graffito was scrawled on the wall in Pompeii and uncovered hundreds of years later.

It reads: "Alexamenos worships [his] god." 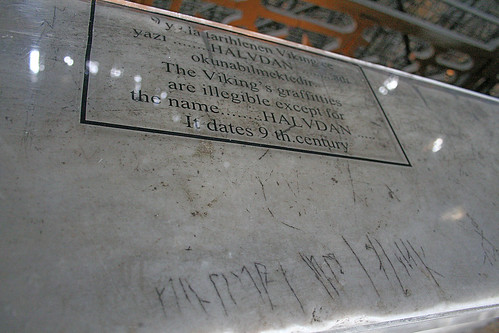